by Daphne Livingston on December 4, 2011 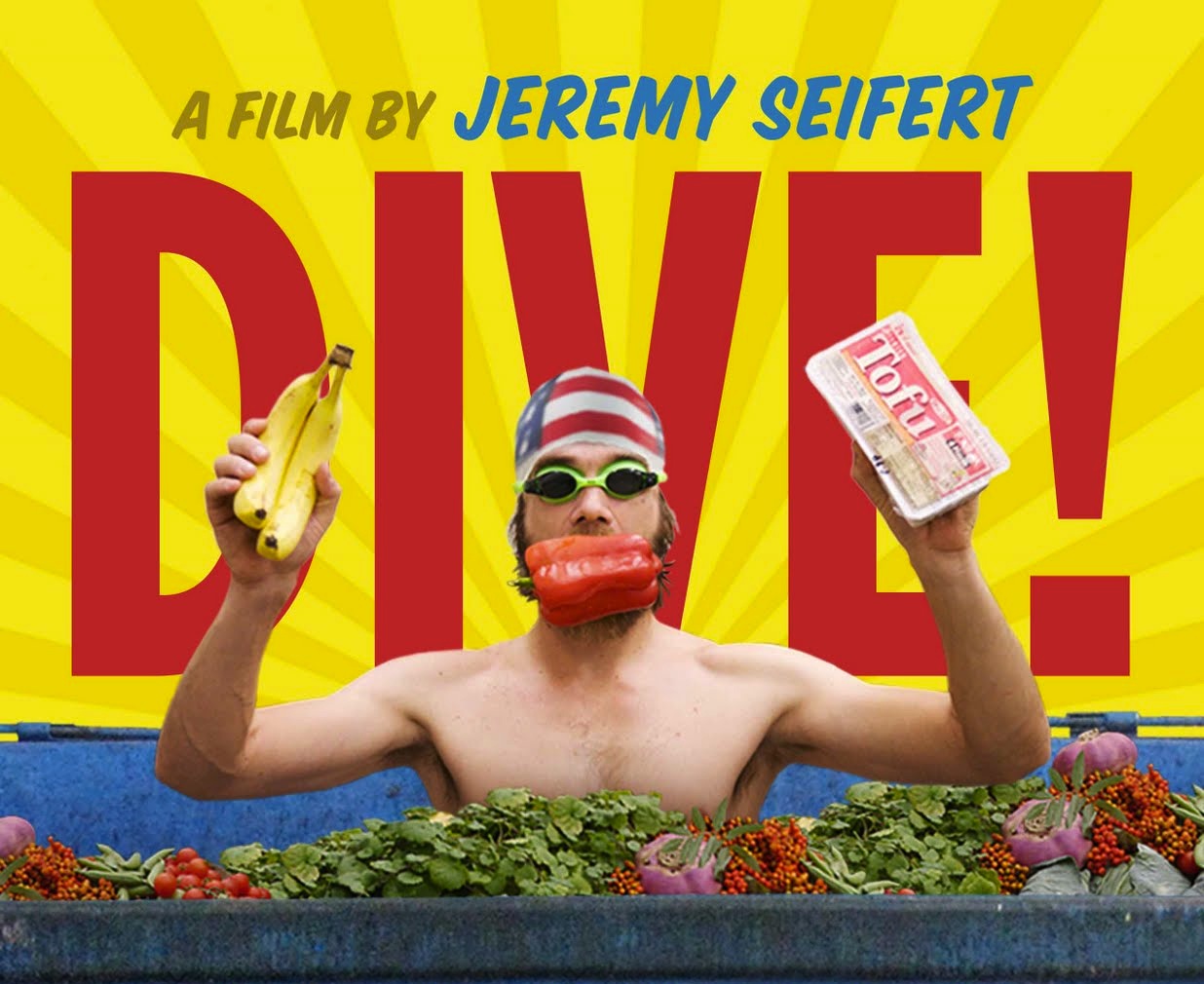 Dumpster diving in back alleys and gated garbage receptacles of Los Angeles’ supermarkets, salvaging thousands of dollars worth of edible food in the process, results in an inspiring documentary that is equal parts entertainment, guerilla journalism & call to action. Dive! Living Off America’s Waste  with guest speaker John Stepanian of  Long Island Food Not Bombs, will screen on  Wednesday, December 14 at 7:30 p.m. in the Let’s Eat! Films on Food series, co-presented by Slow Food Huntington at Cinema Arts Centre, 423 Park Ave, Huntington. 631-423-7611.

Inspired by a curiosity about our country’s careless habit of sending food straight to landfills, the multi award-winning documentary DIVE! follows filmmaker Jeremy Seifert and friends as they dumpster dive in the back alleys and gated garbage receptacles of Los Angeles’ supermarkets. In the process, they salvage thousands of dollars worth of good, edible food – resulting in an inspiring documentary that is equal parts entertainment, guerilla journalism and call to action. USA, 2011, 62 min., color  Click HERE for trailer and official website

Guest speaker Jon Stepanian is a community activist and the Co-founder of Long Island Food Not Bombs, the largest Food Not Bombs chapter in the world. He has worked in advisory positions at the United Nations and the New York Civil Liberties Union.

Let’s Eat! Films on Food is an ongoing series at Cinema Arts Centre exploring the world of food, including informative insights into common and rarely seen ingredients, the different mechanisms used to get food on all of our plates, and the current trends in the food industry. Programs include receptions with health-conscious food choices, and often feature cooking demonstrations that complement the theme of the film.

by Associated Press on October 10, 2010
A new research project aims to restore oysters in New York Harbor. An experimental reef is being built off Governors Island. It’s one of six reefs that will eventually be placed throughout New York Harbor and up the Hudson River as far as Hastings. [...]

by Associated Press on October 10, 2010
It’s an inconvenient truth: Many of the environmental claims in advertisements and packaging are more about raking in the green than being green. Aiming to clear up confusion for consumers about what various terms mean, the Federal Trade Commission [...]